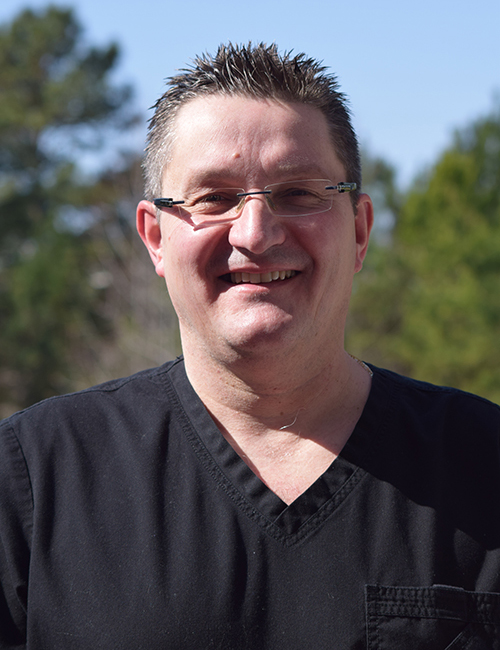 In addition to attending numerous postgraduate seminars, Dr Gugerli has worked at different clinics around the world:
• Confer Clinic of Chiropractic, 1992-1993, in Uniontown, PA
• Institute of Dr Claude Illi for the Study of the Static and the Dynamic of the Human Body, in Geneva, Switzerland 1993-2000.
• He owned a multidisciplinary practice in Rolle, Switzerland from 2000-2012.

By relocating to Cary, Dr. Gugerli was able to bring with him his experience, the Swiss Approach to Healthcare.

In addition, the Swiss Spine Clinic’s biggest strength is that Dr. Gugerli truly cares for his patients. In the past 25 years, he has worked hand in hand with many different healthcare professionals in order for his patients to receive the best care possible.  He has worked with specialists in the following fields: Family physicians, orthopedics, neurology, neurosurgery, rheumatology, general surgery, pediatrics, dentistry, ortho-dentistry, psychiatry, psychology, physical therapy, osteopathy, acupuncture and podiatry.